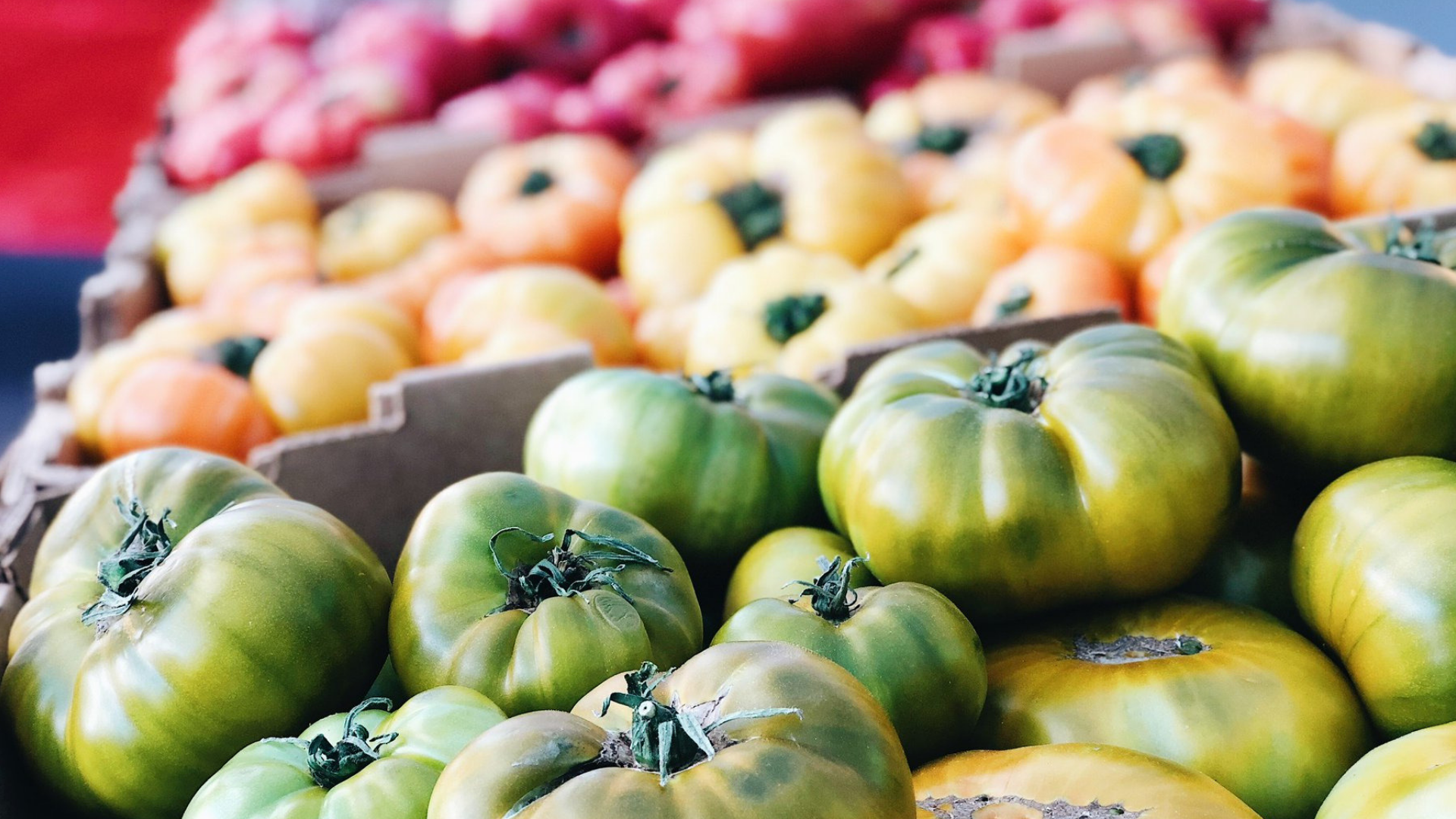 “All disease begins in the gut” – Hippocrates

It started at the beginning of the second grade. I remember always being sick. The kind of sick where you slept through most of the day and didn’t just sit at home watching movies. Strep throat had become the words that wrote terror over my face when I would once again test positive for the infection.

Each time was the same. I’d be in the pediatricians waiting room, playing with their toys or looking at books in a colorful corner and then the doctor would call me up. Terrified that my mother wouldn’t come with me, I’d go straight to her and grab her hand before following the nurse through the door into a whole new world.

Once in the exam room, the nurse would have me climb up onto the big chair where she would stick a swab down my throat and rub. It hurt through my chest and felt like she was absorbing all the moisture in my body. It took all day for that feeling to go away. She would then pack the swab away and send it off to “the lab,” which would later tell me I was positive for strep.

While my year of strep throat seems irrelevant to gut health, or anything, in general, this was where all my health problems started. As Hippocrates said, “All disease begins in the gut” and David Perlmutter states in his book, Brain Maker, “90% of all known illnesses can be traced back to the gut.” It wasn’t necessarily that strep had started in my gut, although it could have, it was that being on a full dose of antibiotics for a year destroyed my microbiome, causing a whole slew of other health problems for years to come.

The following year, my mother would be in a terrible car accident that could have killed her, leaving me with a form of childhood PTSD 6 month later resulting in an anxiety disorder that I’m still battling to this day. After that, I would suffer from such severe stomach problems I would be bedridden on the weekend crying in pain until I was diagnosed with IBS by a specialist and told that there wasn’t much I could do. (Later I would discover that the anxiety and IBS were linked and that both of them caused by an unhealthy gut).

The colds I get throughout the year, the anxiety and depression, the IBS and the increase in eczema that I suffer from can all be traced back to a gut that has been destroyed over and over again by antibiotics. Starting in my adolescence and again when I got chronic UTI infections and again when I contracted a bacterial infection in India that almost wiped me out completely.

To better understand why the gut stops working, it’s important to understand its job in the first place. The intestinal flora, or bacteria, absorb nutrients while creating a barrier against invaders and also apply the first round of detoxification while the liver will do the second. Flora is also in charge of influencing the immune system and triggering defense mechanism to defend the body when there is an attack, as well as trigger the endocrine system telling your hypothalamus (part of the brain) to release hormones. The hypothalamus communicates with the pituitary gland which then corresponds with the thyroid, pancreas, parathyroid, adrenals and sex organs to produce the right hormones. By triggering these different body systems, the gut has control over most of what happens in the body. Our hormones, or immune system, our brain are all waiting to hear from the gut.

When the flora triggers, the defense mechanism in the body inflammation is produced. By inflaming the area that’s been attacked, the body starts to heal itself and protect itself from further damage. Inflammation isn’t just about having a red ring around a cut but includes arthritis, food allergies, asthma, eczema, celiac disease, IBS, HIV, cystic fibrosis, diabetes, autism, Alzheimer’s and Parkinson’s. While healing your inflammation is not a cure for most of these, it will improve their symptoms and can help with prevention.

In a time where stress is an everyday occurrence, it’s important to know that too much cortisol (stress hormone) can change the permeability of the gut causing leaky gut and an increase of inflammation in the body. This is when bacteria can’t fight against unwanted pathogens and therefore, reabsorbed the pathogens into the blood from the intestinal lining causing inflammation in other parts of the body. A heavy fructose diet (processed food, soda and anything with High-Fructose corn syrup in it) can increase a specific endotoxin (pathogen) by 40% which is more capable of escaping from the intestine and entering the bloodstream. Even worst, this endotoxin (Lipopolysaccharide) can also cross into the blood-brain barrier causing depression and dementia after long time exposure.

The good news is that while antibiotics will change the gut, it doesn’t mean the gut can’t heal. With a couple of lifestyle changes, a good probiotic and the knowledge of how the microbiome works, healing your gut is possible.

How To Heal Your Gut

After starting a probiotic my IBS not only improved but the chronic UTI’s and yeast infections I had been getting for over a year had also disappeared. The key is getting a high quality probiotic with over 50 billion CFU, a variety of  Lactobacillus and Bifidobacterium bacteria and one that says it is stable at room temperature. You can even test the probiotic to see if it works by breaking it open and pouring it into a shot of milk. Let it sit overnight and if it’s yogurt in the morning, its the probiotic you’ve been looking for.

Studies have shown that a balance of two types of bacteria, Firmicutes, and Bacteroidetes, are necessary for a healthy gut. However, Bacteroidetes need to be a higher ratio to decrease inflammation. Fimicutes are bacteria that feed off of calories from food and impact the gene that controls your metabolism. By changing your metabolism, it tells your brain you’re still hungry, forcing you to eat more than what’s needed. (Checking the level of Firmicutes in the gut is one of the biomarkers for obesity.)  By increasing your fiber intake, which is what Bacteroidetes eat, and decreasing your sugar intake, you can rebalance your gut and help yourself lose a few extra pounds.

Suggested Probiotic: NewRhythm Probiotic – This is a potent probiotic and can cause some upset tummies when used a full dose. If you’ve never taken a probiotic, only take half the recommended amount each day for up to two weeks. If that is still too strong for you, switch to every other day for two weeks then to every day and finally to the full dose.

Implementing a high fat/fiber and low carb diet gives the gut a chance to heal. Keeping your blood sugar levels stable with fiber and fat allows the body to function normally without the stress of continually having to clean the blood of sugar and then storing it (Most of which is stored as fat since it can’t be used.) Part of this diet also includes eating prebiotics which feeds your microbiome. These include chicory root, dandelion greens, garlic, leek, onions (cooked or raw), and asparagus. You can also find a probiotic, like the one I recommended above, that comes with a prebiotic.

Wine, Tea, Coffee, and Chocolate are all packed with flavonoids that help support the gut. Wine is considered a prebiotic and feeds the bacteria (only sparingly since it is also toxic and cause the liver and intestines to do extra work), while tea is an unlimited source of flavonoids. All of these will help in getting the blood to flow to the brain helping to prevent dementia while also stimulating the Nrf2 pathways increasing your ability to detox, reduce inflammation and boost your antioxidants.

Give Your Gut A Break

12-hour fasting is a way to let your digestive system rest and your gut heal itself. During the time you sleep your body does the most detoxing (Ever wonder why you have a bowel movement first thing in the morning?) and has time to repair itself. The gut repairs 10% of it’s lining every night when it doesn’t have to digest food. That means in 10 days; you could have a brand new gut lining.

If the gut is the source of health it’s the one thing we should take seriously when it comes to getting healthy and changing our lifestyles. Switching over from the American diet to one that is higher in vegetables and fat, lower in sugar, and promotes more homemade meals isn’t easy. However, once you start making these small changes in your life, the differences can be felt everywhere. So, if you’re looking for a place to start, this is it. Grab a probiotic, start meal planning around more dark leafy greens and good fats like the delicious avocado, and see the difference in how you feel and look. Within just a couple of weeks, you’ll notice.

Sleep Part 2 – The Side Effects From a Lack of Sleep